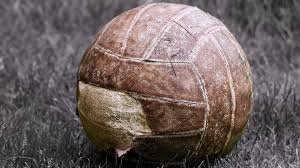 “Corinthians” Football Club was formed back in 1988 by a group of friends who mainly worked together , who were students and who visited the local focus youth centre to play football. When the club was originally formed the name was going to be Westcliff Rangers ,however when at the registration meeting this was not accepted due to the name being in use by another team. A New name was needed and someone happened to shout out “Corinthians”, everyone laughed and the legend was born, A club we should all be proud of.

Rumour has it that many of the original founders can sometimes be seen wandering across long abandoned pitches, when the sun is high in the sky. However as “reunions” have come and gone, search parties have been called off in the hunt for Shepsy, Mouse Morris, and Martin the Veg Man. As part of “Adopt a Donkey” week, the club finally formed a “2nd team” in 2007. Many a pre-season “interclub friendly” followed, whereby huge chucks of flesh as well as turf were taken.

In 2005 the club also formed a Vets team, introducing a weight for age restriction. However, due to technical difficulties, as well as manslaughter with diminished responsibilities, the vet’s team folded quicker than Darren Summerhayes’ wallet. The Vet’s team was then reformed after much request in 2014.

A junior section was always the next plan for Corinthians and we managed to make this a reality in 2015 , with hard work and commitment we now have a route into good quality and also fun adult football through our junior section.

With now over 200 Squad members signed on Corinthians the future is looking bright , Currently the list of teams for the upcoming 2018-19 season will be Firsts , Reserves ,A team ,B Team , Vets , Vets Res , Vets A ,Sunday Firsts  ,Junior U17, Junior U15,junior U11 and a new junior U10.I would like to wish all new teams my best wishes on their journey with Corinthians, let’s hope we see some of you pulling the Vets shirts on in years to come.

Today, the club boasts 12 charter standard teams, and the founding fathers would be delighted that many of the charitable aspects of the club still remain. We are all proud of our club.

We fully support The Essex and Herts Air Ambulance.