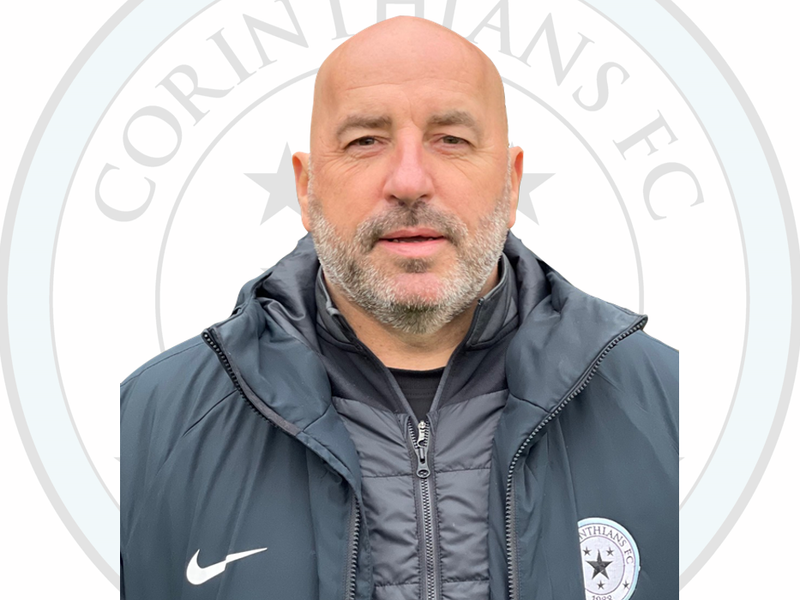 Chris is our first team manager and is in his fourth season with the club , a strong committed member of the club with huge drive and dedication.

"After an in-depth conversation leading into the 2016 -17 campaign with Ben Adams and Richard Brenkley, it was evident to me that it would be a great move for both the players and staff to come over from Dark Lane Dynamos to represent Corinthians FC at U21 Level Olympian League.Since then we have gone from strength to strength and I can honestly say that we are very proud of our squad of players, which now represent Corinthians as the First Team.My first aim as first team manager has always been to push this squad of players into the Premiership of the Olympian League and to compete at the highest level at this standard, which I know is more than capable of being achieved by the current squad. As for the club the future looks very good for us and we know we are doing something right when we attract the good standard of players that we are at all levels. It is just a pleasure to watch the club grow year on year and be part of what is becoming a real force in the local area."